It was everything a Game 7 should be.

After batting for six games, the Fort Erie Meteors and Hamilton Kilty B’s squared off Friday night in a one game, winner-take-all showdown to determine which team would advance to the Greater Ontario Junior Hockey League, Golden Horseshoe Conference championship final.

Fittingly enough it came down to the last two minutes of regulation when Colin McDougall scored on a seeing-eye shot to break a 1-1 tie. The Kilty B’s then added an empty-net goal to defeat the Meteors 3-1 before almost 800 fans at the Dave Andreychuk Mountain Arena.

The Kilty B’s now take on the St. Catharines Falcons in a battle of the top two GOJHL teams for the Golden Horseshoe championship. Dates are still to be determined but it is expected the series could start as early as Monday in Hamilton. 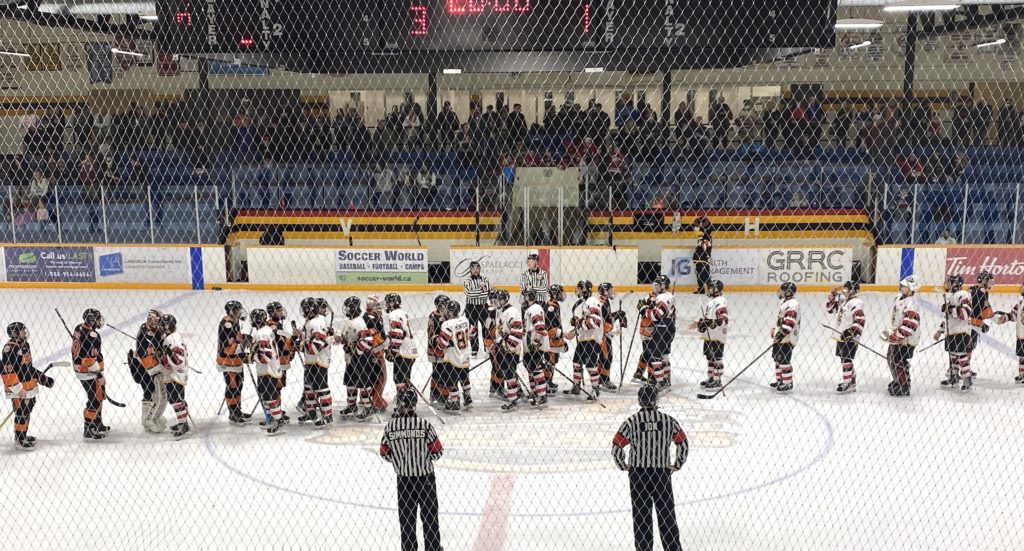 Fort Erie coach/general manager Nik Passero emerged from an extended post-game meeting, thrilled with the effort put forth by his charges.

“It’s bittersweet,” he said. “You want to thank them for everything but you know they deserved better. That series was ours for the taking and they deserved better. They’re amazing kids. They battled their butts off every night. They never died. They didn’t lay down. We could have lost the series in four games after what happened in Game 1 but they’re special kids.”

Passero said the game was a rollercoaster of emotions.

Each team won all of their games on home ice in the series.

“You never know in this barn,” Passero said. “We shut them out pretty much at home on that big rink. You’d think with that space it would be easier for them but then you come here and they put up four on you sometimes.”

Passero couldn’t have asked for more in his first full season behind the bench for the organization run for decades by his late father, Tony Passero.

“They deserve everything they’re going to get in life,” he said. “For my first team, our staff is young, and they came along for the ride.

Passero was appreciative of a large contingent of Meteor fans in attendance.

“How about the Fort Erie crowd that came? There had to be 400 fans. It was amazing and a testament to these kids,” he said.

Passero feels the program in headed in the right direction.

“Success breeds success for sure. Prospect camp is already full because they see what we’re doing here. It’s full of details and I believe it’s a fair playing field, which I don’t think it always was. I think every team is doing it for the right reasons. We still have lots of work to do and it starts Monday.”

Angrilli said he will never forget this season.

“It’s special to have a team where there is no one with any problems,” he said. “Every team I’ve been on have had some sort of issues but all the guys here love each other. Just a group of brothers.

Metscellaneous: The Meteors drove to the game in style taking the Niagara IceDogs bus.

Up next: St. Catharines and Hamilton square off in a best-of-series for the Golden Horseshoe championship, likely beginning Monday in Hamilton. 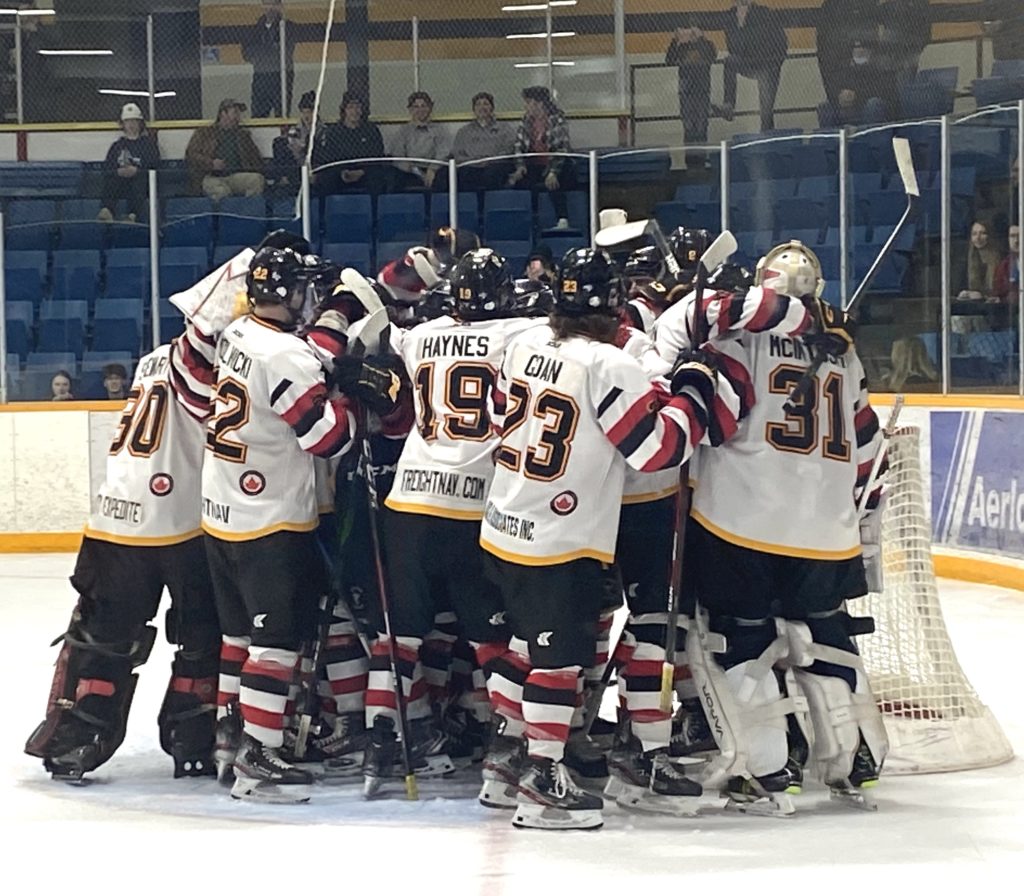